Is there really something for everyone at Walt Disney World® Resort (“WDW”)?

Could this possibly be true? I had this idea to put it to the test.

I decided to use some of my family and friends and their widely varying interests to see if I could match them with what I think will interest them at WDW. Some of these people (in particular my immediate family) have been to WDW before and I have therefore used a few of their favorite activities.

Wayne, the thrill seeker (and my husband) –   Tried parasailing with Sammy Duvall’s Watersport Centre located behind Disney’s Contemporary Resort. Even I who am terrified of heights tried this and it was AMAZING. There are also a number of rides geared towards thrill seekers such as Rock ‘n’ Roller Coaster® staring Aerosmith at Disney’s Hollywood Studios® where you get to take a ride in a stretch limo through 3 inversions and reach speeds of 60 mph.

Justice, the pre-teen gamer (and my son) –   At DisneyQuest® Indoor Interactive Theme Park (at Downtown Disney® Area) he found a 5 story gamer paradise. He also loves Toy Story Midway Mania! (at Disney’s Hollywood Studios®) which puts him in the middle of a midway-style game. I should also mention the resorts on WDW property have arcades in them as well.

Rayne, the little princess –  Princess Fairytale Hall (at Magic Kingdom® Park) is a magical place where she can meet various princesses and have her picture taken with them.  Dinner at Akershus Royal Banquet Hall (at Epcot®, World Showcase) is also a wonderful place to meet some princesses as they mingle with diners.

Hailey, the artist –   Up until recently I would have suggested Animation Station and Animation Gallery, however, with them scheduled to close soon I’d suggest checking out the amazing artwork at The Art of Disney in Downtown Disney® Area.

Dwayne, the foodie –  SOOOOO many restaurants to satisfy his food cravings but here are a couple of my suggestions:  Boma – Flavors of Africa (at Disney’s Animal Kingdom Lodge) where you can sample selections from over 50 different African countries or Narcoosee’s (at Disney’s Grand Floridian Resort & Spa) for a mouth watering seafood treat.  I also like to walk around Epcot®, World Showcase and sample all the different cuisines at each country as I go past.  Doing this during Epcot® Food & Wine Festival is an extra special treat. 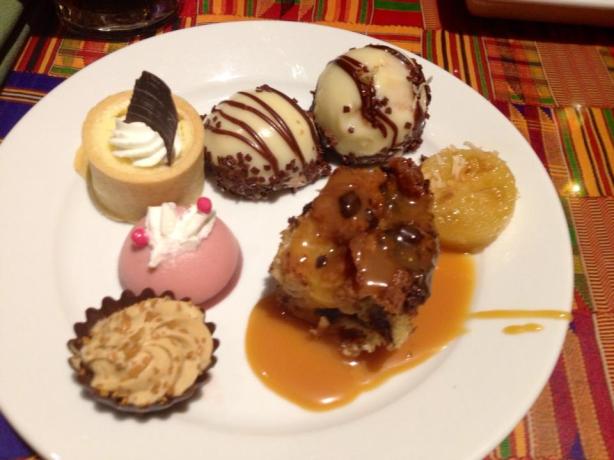 Ed, the car guy – Test Track® presented by Chevrolet® (at Epcot®) allows him to design his own virtual concept vehicle.  You then get to ride a SIM car around a windy circuit with 50 degree banked curves and reaching up to 65 mph.

Candice, the Star Wars™ geek –  Visit the world of Star Wars™ on a motion-simulated space flight with Star Tours® – The Adventures Continue Attraction or build her own light saber at Tatooine Traders both in Disney’s Hollywood Studios®.

Now for the slightly less obvious.

Victoria, the clothes hound (and my daughter) –  Marketplace Co-op and Tren-D are her favorite places to shop for those unique articles of clothing and are both located at Downtown Disney® Area.

Sharon, the creative crafter –  Disney Design-a-Tee (at Downtown Disney® Area) would be a great place for her to put her creativity to use and design her own custom t-shirt.

Ted, the quiet country lover – Tom Sawyer’s Island (at Magic Kingdom® Park) is a quiet little island you get to by barge and where you can wander across suspension bridges, check out a giant waterwheel at Harper’s Mill or sit an relax in a rocking chair and just people watch. 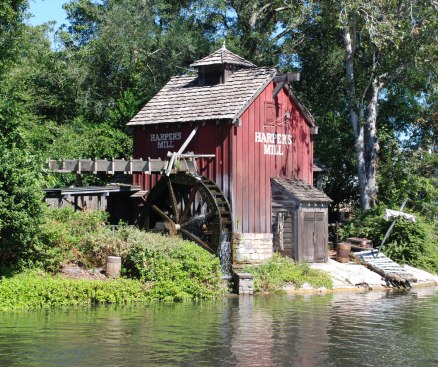 Josh & Kristy, the newlyweds –  Book a reservation at Victoria & Albert’s for a high end romantic dining experience or visit Senses – A Disney Spa at Disney’s Grand Floridian Resort & Spa for a relaxing massage for two.

Michelle, the nightlife lover –  Visit Atlantic Dance Hall for an evening of non-stop dancing or House of Blues® for amazing live entertainment, but don’t forget in Florida you need to be 21 to legally drink alcohol.

Rob, the sports fanatic –  ESPN Wide World of Sports Grill is a great place to catch a game on one of the many HDTV’s while munching on wings and drinking and beer.

Valerie, the semi-antisocial sun worshiper (and my mother) – She isn’t as enthusiastic as she used to be about the various parks but is more than happy to situate herself in a lounge chair beside the pool at whichever WDW property we are staying at and enjoy the sun, while reading a book and sipping on an adult beverage.

Well, it seems I’ve succeeded in matching everyone with experiences they should enjoy and confirmed something that I’ve always known.  There really is something for everyone at Walt Disney World® Resort.